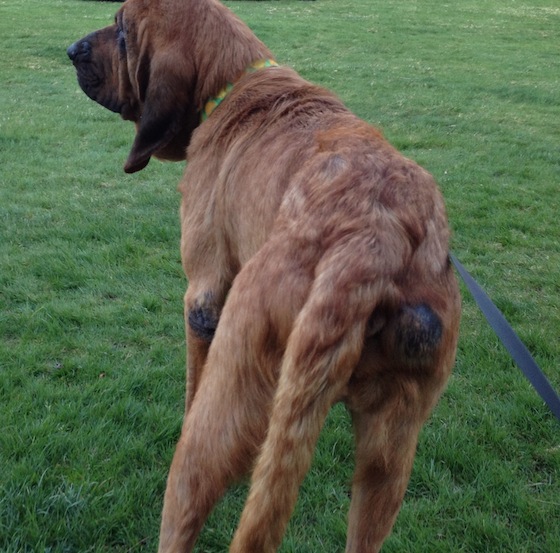 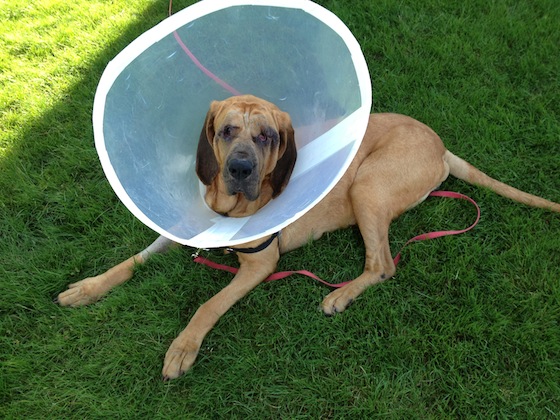 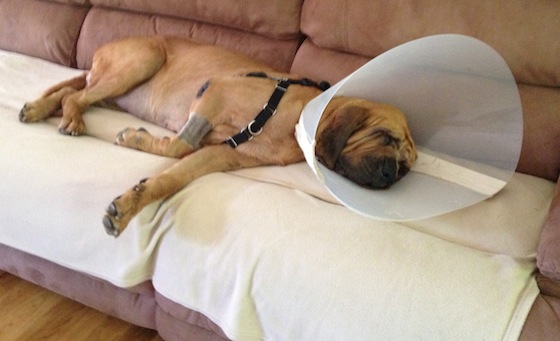 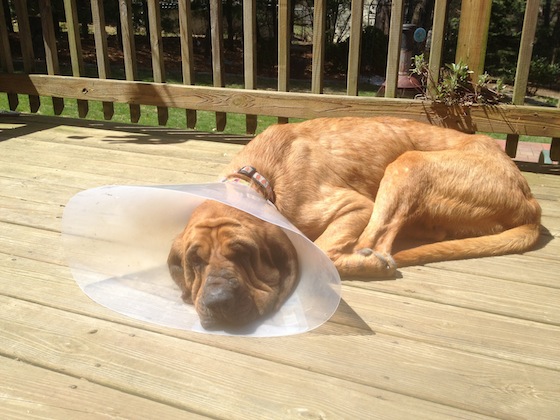 Before being taken into PAWS New England, she spent her entire life on the end of a chain on a hot tar driveway in the south. Since her owner could not afford dog food, she was fed the leftover cat food from their kitties. Julie Adams rescued her after the owner told her that she could not take care of her anymore.

Lea was grossly underweight, had terrible skin and hair loss, bilateral ear infections, a severe UTI and basically was blind due to the excess skin folds over her eyes and severe entropion. She also had a softball size pocket of fluid under her neck. After drainage of her neck and undergoing a series of tests in the south, it was determined that she needed specialized treatment/surgery for her extensive medical conditions. She was stabilized enough to travel and sent to a New England foster home.

Lea arrived to New England weighing 89 pounds and had to be guided as she would walk into walls, and unable to navigate stairs. She would scratch herself bloody and slept most of the day. The area under her neck did eventually recede.

Fast forward 6 weeks. After being placed on a very specialized diet and supplements, given multiple antibiotics, allergy medications, anti microbial baths, and surgically tacking up the excess skin around her eyes to prevent further eye irritation and improve her sight, Lea was healthy enough to undergo two major surgeries. She now weighed a robust 110 pounds, her corneas had healed, ears cleared up and her fur grew back in nicely.

Lea underwent five and a half hours of surgery to remove the excess tissue around both eyes. She also had skin removal and grafting on the “other end” to prevent her from future continual UTI’s. Her recovery was quite challenging and she actually had to undergo two more surgeries to repair these very delicate areas.

Lea is currently doing very well. Her stitches have been finally removed and she can even see well enough to fetch a ball! She still has some further recovery, but she is definitely over the hump and well on the way to her to the next big step: finding her loving furever home.